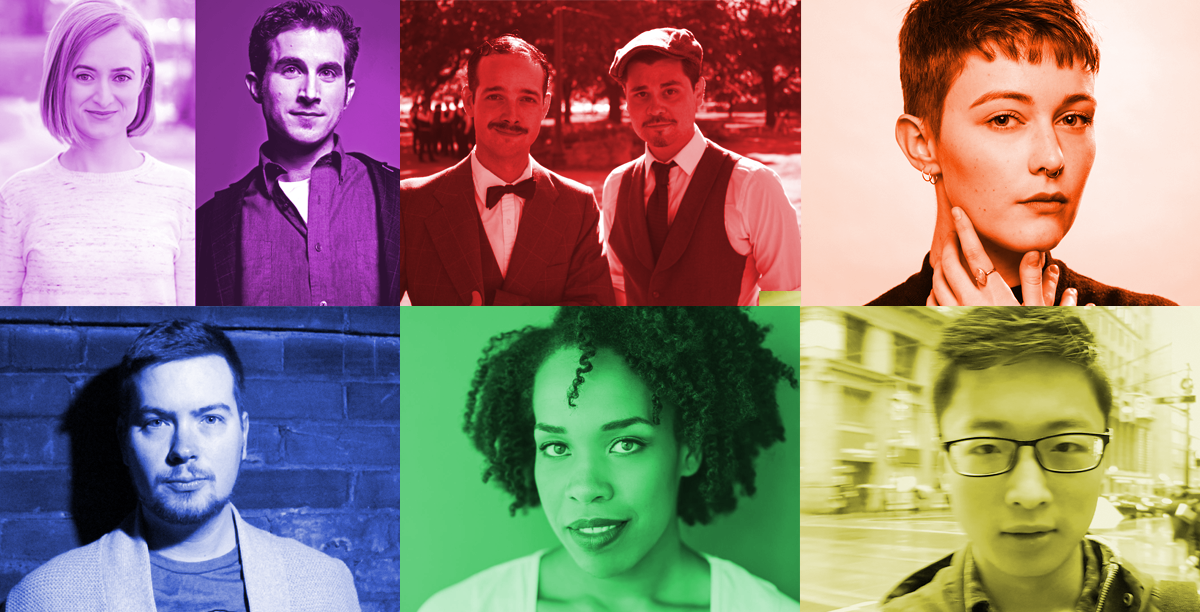 What do you get when you lock six (or eight, actually) playwrights in a castle overnight? The answer to that question is revealed annually at Driftwood Theatre’s Trafalgar 24.  Since 2011 Artistic Director Jeremy Smith has been turning Whitby’s Trafalgar Castle into a round-the-clock theatre creation hub for one day in March.

Playwrights arrive in the evening of March 8 and are assigned a room at the castle. They have until the morning of March 9 to create a play to be performed in that space. Next morning, the actors and directors arrive, and at 7:30 pm MC (radio personality and voice of the Oshawa Generals) Terry Johnston sends audiences out into the castle to see these world premieres.

Trafalgar 24 is also a competition, with a jury of theatre professionals (and one lucky silent auction winner) choosing one of the plays to go on to further development as part of Driftwood’s Beyond the Bard program.

For 2018 Smith has assembled a group of writers who are sure to create a wide (and wild) variety of plays:

Sophia Fabilli and Aaron Jensen are going to make a musical – overnight! Aaron is a composer and vocal director whose music has been heard from Schitt’s Creek to the Edinburgh Fringe. Sophia’s play, The Philanderess, won the inaugural Second City Best New Comedy Award – and she recently wrote and starred in Floss, a short film about sexy dental hygiene.

Fan favourites Warren Bain and Matt Bernard (aka Bain & Bernard Comedy), creators of works such as Romeo and Juliet: Chainsaw Massacre are back for a second dark night of creation.

Rhiannon Collett, winner of the 2016 Playwrights Guild of Canada Emerging Playwright Award, also returns to Trafalgar for a second time. Rhiannon’s play, There Are No Rats in Alberta, will premiere at the 2018 Rhubarb Festival. There are also no rats in the castle.

There will be puppets! Tom McGee is a playwright and puppeteer, and co-creator both the children’s theatre company Shakey-Shake and Friends and the really-not-for-kids Theatre Brouhaha. Some of his cast will be made of cloth.

Alicia Richardson is a Toronto actor and writer who says she, “works alone and edits like nobody’s business.” Exactly the skills needed for this solo overnight writing challenge.

Ran Zhu can be seen online in the LGBT-focused satire Ran and Jaden. His degree in playwriting from York University will come in handy for this challenge. His economics degree, not so much.

Say Yes, And…
Scroll to top