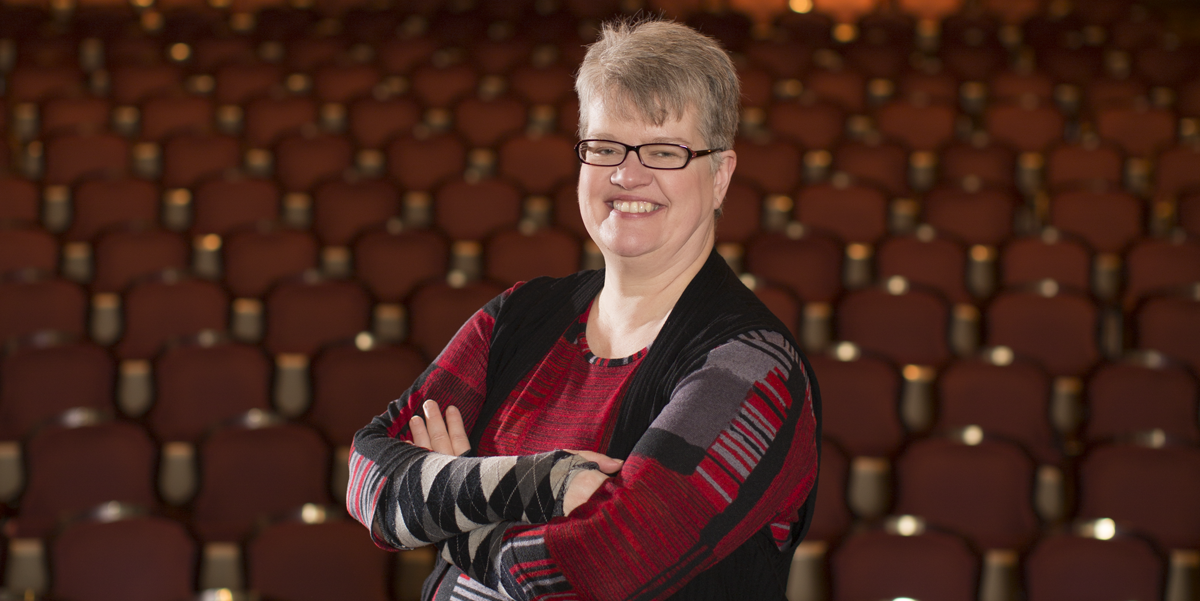 After working in Canadian theatre from sea to sea to sea, Lee Bolton decided last spring that it was time  to return to her hometown of Peterborough. Luckily for Driftwood, her quest for a new theatrical adventure coincided with our search for a General Manager.

Lee is a passionate believer in “bringing theatre to people, and people to theatre.” As an educator, director, presenter and administrator, she’s been doing that for more than three decades.

No stranger to bus touring, Lee founded Second Mile Theatre while still a York University student – touring original plays to seniors’ centres and homes across the GTA. She went on to become Artistic Director of Yukon Educational Theatre – taking plays for adults and children to every community in the Territory, every winter. Buy her a beer and she’ll tell you the stories.

As an educator, Lee spent 14 years in Vancouver training emerging actors at the William Davis Centre for Actors’ Study and serving as Education Coordinator for Full Circle First Nations Performance. She has given workshops for everyone from juvenile inmates to senior citizens to business executives, including a particularly memorable afternoon spent with 200 social workers. (She was expecting 20.)

After completing her MA in TheatreMaking at the University of Leeds, Lee returned to Canada to become Executive Director at the Imperial Theatre in Saint John, New Brunswick. Learning the intricacies of presenting artists in a restored 1913 vaudeville theatre was exciting. Dealing with bricks falling off a historic building (never say “spall” in her presence) encouraged her to come work for a company that has no walls!

Lee says, “Coming to Driftwood is a return to my roots – personally as a child of Ontario and professionally as a theatre person who believes in making the work accessible to everyone, everywhere.”