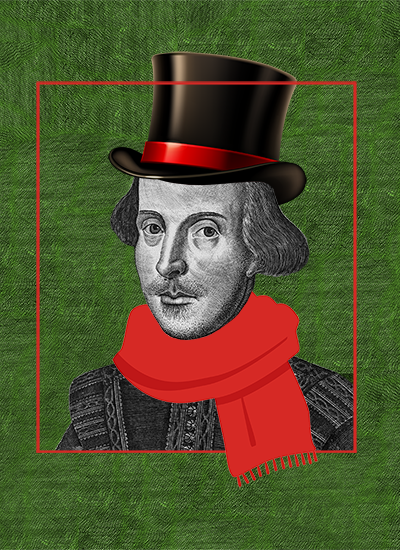 With appearances by characters from Shakespeare’s most popular plays, this version of A Christmas Carol is an inventive, hilarious, and touching holiday story inspired by the combined genius of Charles Dickens and William Shakespeare.

Returning, after a three-year hiatus, to Driftwood’s fine tradition of informal readings of plays over a pint, William Shakespeare’s A Christmas Carol is a jolly, interactive holiday mash-up as audience members join Driftwood Theatre’s professional performers in reading, singing, and celebrating a holiday masterpiece.

Get in on the action. At Play in a Pub audience participation is the name of the game. Audience members take the stage in a variety of walk-on roles (including Tiny Tim, Mercutio and Martha Cratchit) by bidding on the Bah the Bah Humbug Live Auction. And you can bet there’ll be some participatory Christmas caroling along the way.

CASUAL READINGS OF PLAYS, IN A PUB.

Driftwood Theatre’s Play in a Pub series brings together celebrated members of the theatre community with Driftwood core artists to read new Canadian plays and notable adaptations of Shakespeare over a pint.